In 2014, the Shidler College of Business initiated its “Visionary Campaign” in honor of Jay H. Shidler’s $69 million commitment to the college which brought his total giving to $100 million. The campaign brings new excitement and energizes alumni and friends around the world who share in Mr. Shidler’s vision of building a financially secure future for the college.

The goal is to establish new faculty and scholarship endowments, and to launch a capital naming initiative to facilitate upgrades for the offices, common areas and facilities that serve students. Named gifts will be used to modernize rooms, increase services, provide more resources and preserve the legacy of alumni and friends.

“As the Visionary Campaign kicks off with great success, we are extremely grateful for the leadership support from our key alumni and friends,” says Vance Roley, dean of the Shidler College. “Every commitment helps us provide opportunities for our students and keeps us moving forward in achieving a secure financial future for the college.” 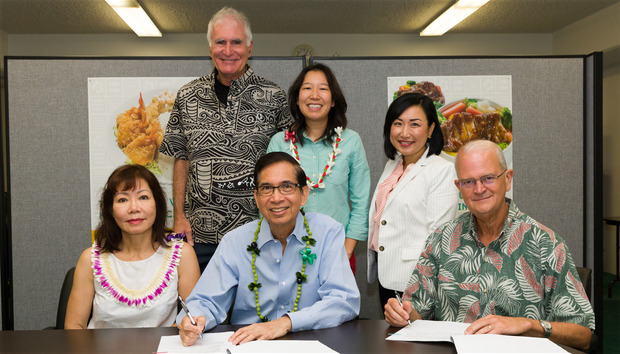 Founder of L&L Drive-Inn/L&L Hawaiian Barbecue and real estate investor, Eddie Flores, Jr. (BBA 1970) and his wife Elaine made a $1 million gift to endow the new Real Estate Lecture Series and name the Shidler courtyard. This is Flores’ second $1 million gift to Shidler. In 2007, he established a $1 million scholarship endowment. 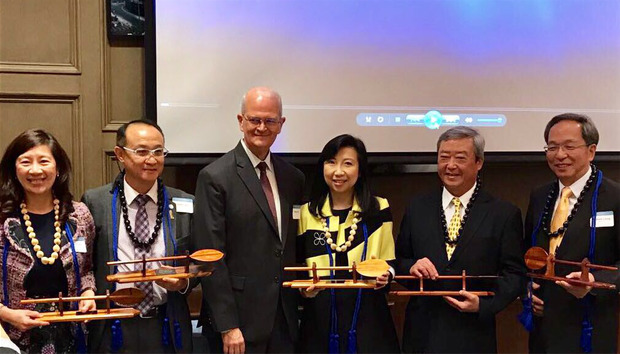 Led by Shidler alumni and Hall of Honor Award recipients T.C. Chan, Richard Leung, Eddie Lam, Cecilia Ho and Teresa Yang, the Hong Kong alumni group made anchor gifts towards a commitment of $200,000 to name the Dean’s Conference Room at the Shidler College of Business. The remaining balance will be fulfilled by other Hong Kong alumni. 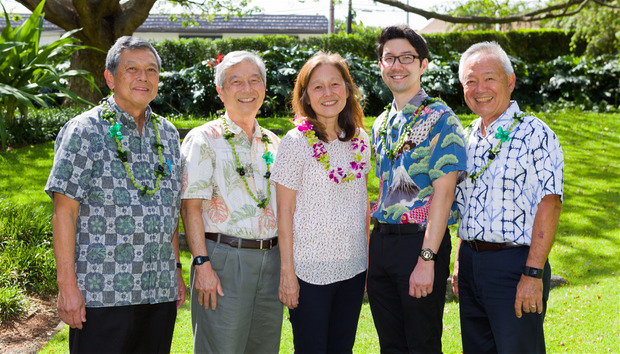 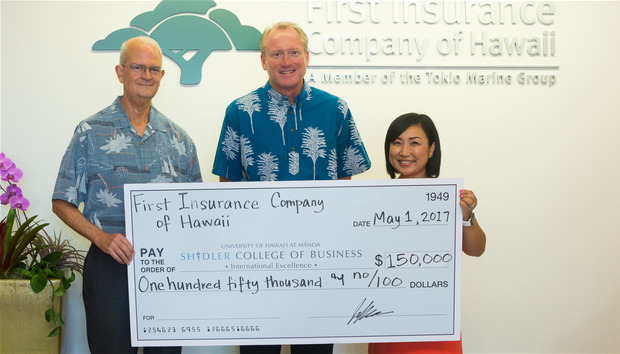 First Insurance Company of Hawaii (FICOH) continues its support of the college with a $150,000 gift to name the Shidler Career Interview Room. Other FICOH gifts to Shidler include: a $1 million endowed professorship, a $100,000 endowed scholarship, $160,000 to the Pacific Asian Center for Entrepreneurship and 12 years as title sponsor of Business Night.

*All temporary naming opportunities will be for a period of six (6) years or as long as the building’s named space exists and has not been substantially renovated, whichever is shorter. At the end of the gift naming term, the original donors, if living and available, will be given the first right of refusal for a new naming opportunity before the naming can be offered to another donor.