As a member of the United Nations Working Group on Enforced or Involuntary Disappearances (WGEID), Dr. Baik shared his first-hand experiences of protecting victims of enforced disappearances through international human rights laws in Sri Lanka and Korea and discussed his views on the current tensions of national security and counter-terrorism in the Asia Pacific region.

He also provided a unique perspective on the challenges faced by the United Nations Human Rights Council regarding the Democratic People’s Republic of Korea’s human rights violations, and reflected upon the government’s past involvement in enforced disappearances during the Korean War, present relations with the United States, and current talks of reconciliation with South Korea.

This event is annually held in honor of Dr. N.H. Paul Chung who founded PAMI in 1977.

Tae-Ung Baik was born in South Korea and graduated from Seoul National University College of Law. He earned his master and doctoral degrees in international human rights law from Notre Dame Law School. After graduation, he became an attorney in the state of New York, and worked for the Human Rights Watch as a research intern and later as a research consultant with a focus on human rights problems in both North and South Korea. In 2003, he served as a legal adviser on the South Korean Delegation to the 56th United Nations Sub-Commission on the Promotion and Protection of Human Rights. Since 2015, Baik has served as a member of the United Nations Working Group on Enforced or Involuntary Disappearances (WGEID) and was appointed by the UN Human Rights Council as an independent expert representing the Asia-Pacific region.

Baik joined the William S. Richardson School of Law at the University of Hawai‘i in 2011 and teaches international human rights, international criminal law, comparative law, and Korean law. He had conducted research on human rights issues as a visiting scholar at Harvard Law School from 2002-2003. Baik was involved in South Korea’s democracy movement against its military dictatorship in the 1980-90s and was incarcerated twice. Amnesty International later designated him as a prisoner of conscience. 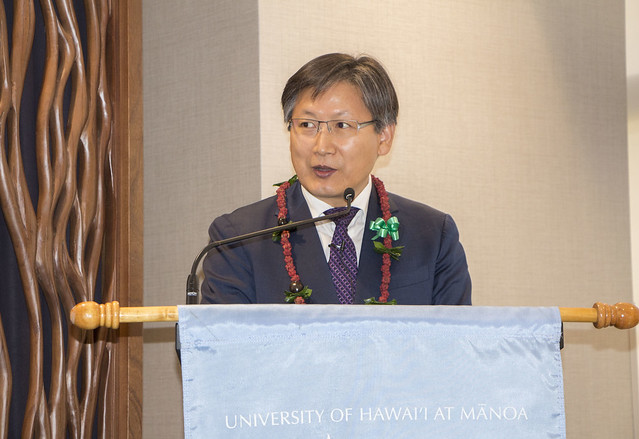