Wrenna Delgado is an accounting student at the Shidler College.

This story was originally posted on August 26 on UH News.

A University of Hawaiʻi at Mānoa Shidler College of Business undergraduate student is the state’s lone recipient of a $10,000 national scholarship to benefit outstanding students who are likely to pursue a career as an auditor. Wrenna Delgado, a junior accounting major, was named a Public Company Accounting Oversight Board (PCAOB) scholar for the 2021–22 academic year.

After learning she was awarded the scholarship, Delgado was “very surprised at first but after the shock wore off, was extremely grateful and humbled.” She hopes to use her degree toward a future in non-profit accounting.

“I believe that the future will encompass more and more non-profit and corporate partnership, which is why I have an interest in the nuances of non-profit accounting and the real world-applications of corporate responsibility,” Delgado said. “Everyday people in the non-profit sector do meaningful work in their communities. I want to be a facilitator of that hard work to make sure passion, dedication and effort doesn’t get waylaid by underfunding and lack of opportunity.”

Delgado, who lives on Oʻahu’s North Shore, is a full-time student, mother to her 5-year old daughter and intern of the non-profit organization Breast Cancer Hawaii. In 2017, she co-directed the Red Bull Women’s Waimea Bay Championship, the first-ever all-female big wave surfing event. Although swells were never large enough for the event to run, Delgado said many of the women gained sponsorship and notoriety because of the attention surrounding it. 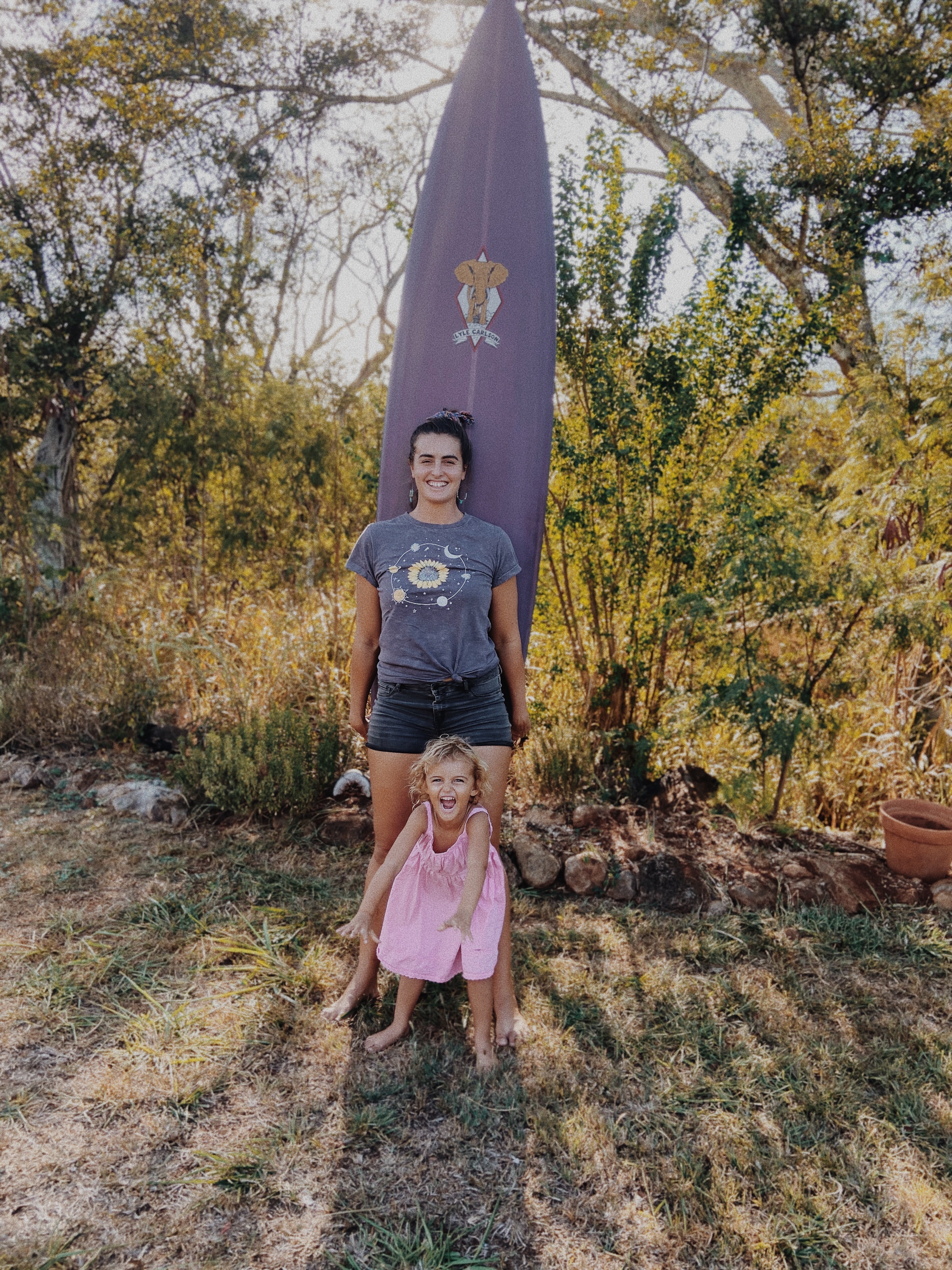 Delgado with her daughter.

Delgado, who returned to school as a non-traditional student, wanted to give herself the foundation she needed to do the work she wanted to do.

“As a mom/employee/student, I was very nervous about what my experience would be like attending Shidler College of Business. So far I have felt supported and guided through my undergraduate experience,” Delgado said. “I want others out there to know that there are opportunities and support out there to help them reach their goals. Your path is just as important as everyone else’s, we are all on this journey together!”

A committee from UH Mānoa’s School of Accountancy nominated Delgado for the scholarship.

Professor and School of Accountancy Director Hamid Pourjalali said, “The School of Accountancy Scholarship Committee selected Wrenna Delgado because of her involvement in school and her dedication to her education and her classmates. In addition, the committee believes that she represents the PCAOB Scholar position well as she has the ability to understand, interpret and explain accounting issues appropriately and effectively. She is a member of Beta Alpha Psi (an international honor society for accounting, finance, and information systems students and professionals) and is poised to become one of our influential alumni in accounting and auditing. Wrenna is the fourth student to receive this prestigious award at the school.”

Delgado’s award is an example of UH Mānoa’s goal of Enhancing Student Success (PDF), one of four goals identified in the 2015–25 Strategic Plan (PDF), updated in December 2020.