This story was originally posted on October 7 on UH News. 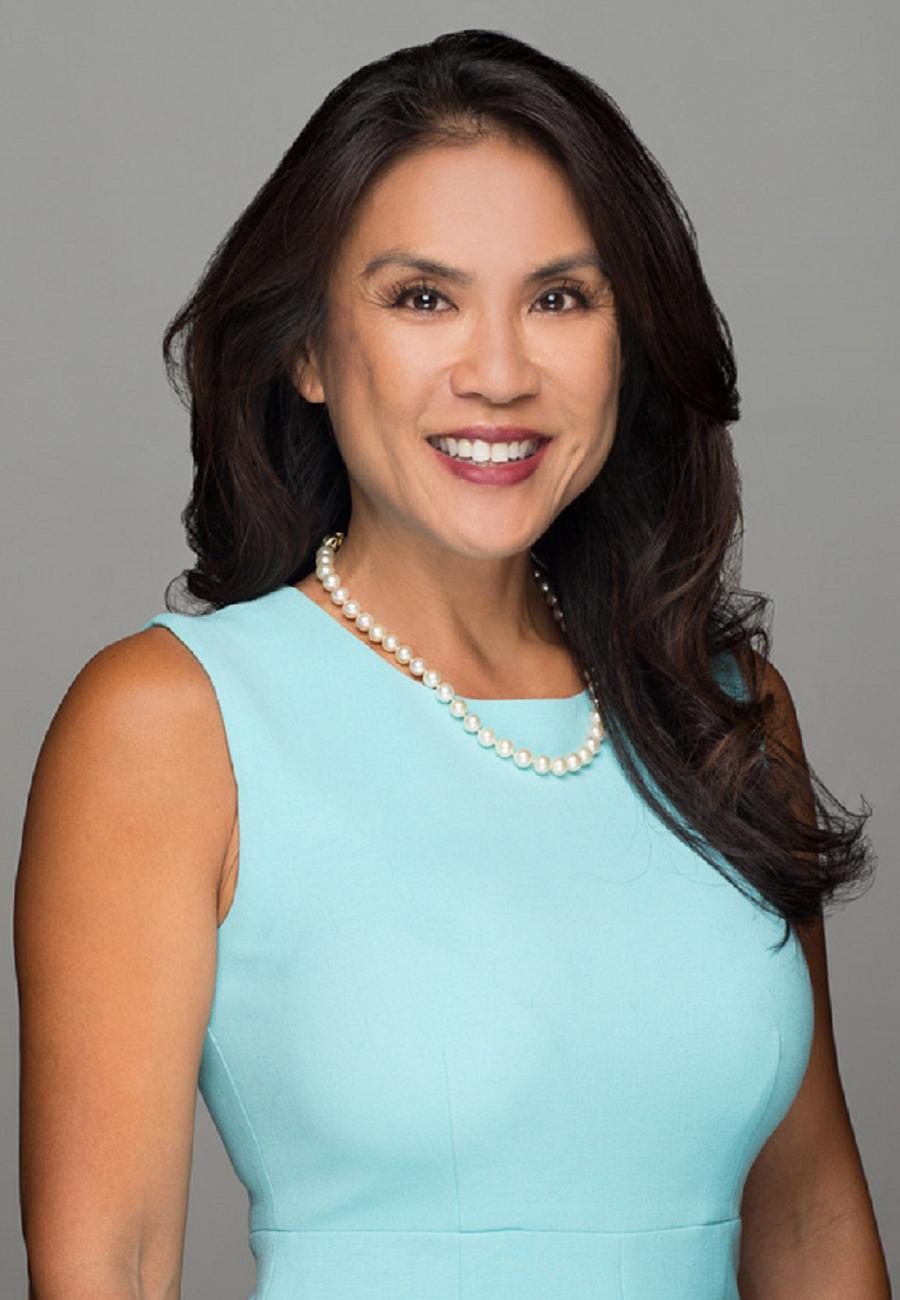 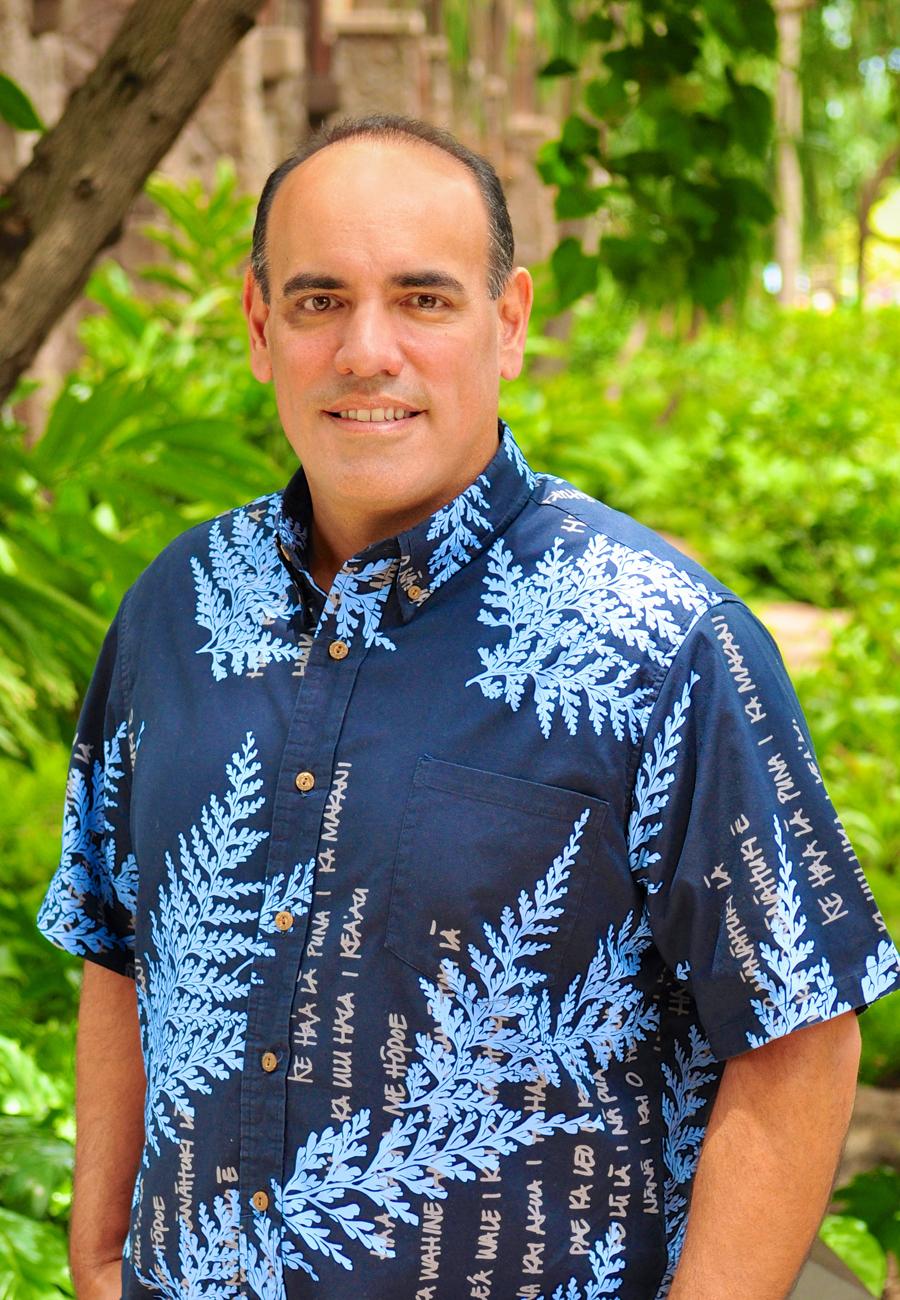 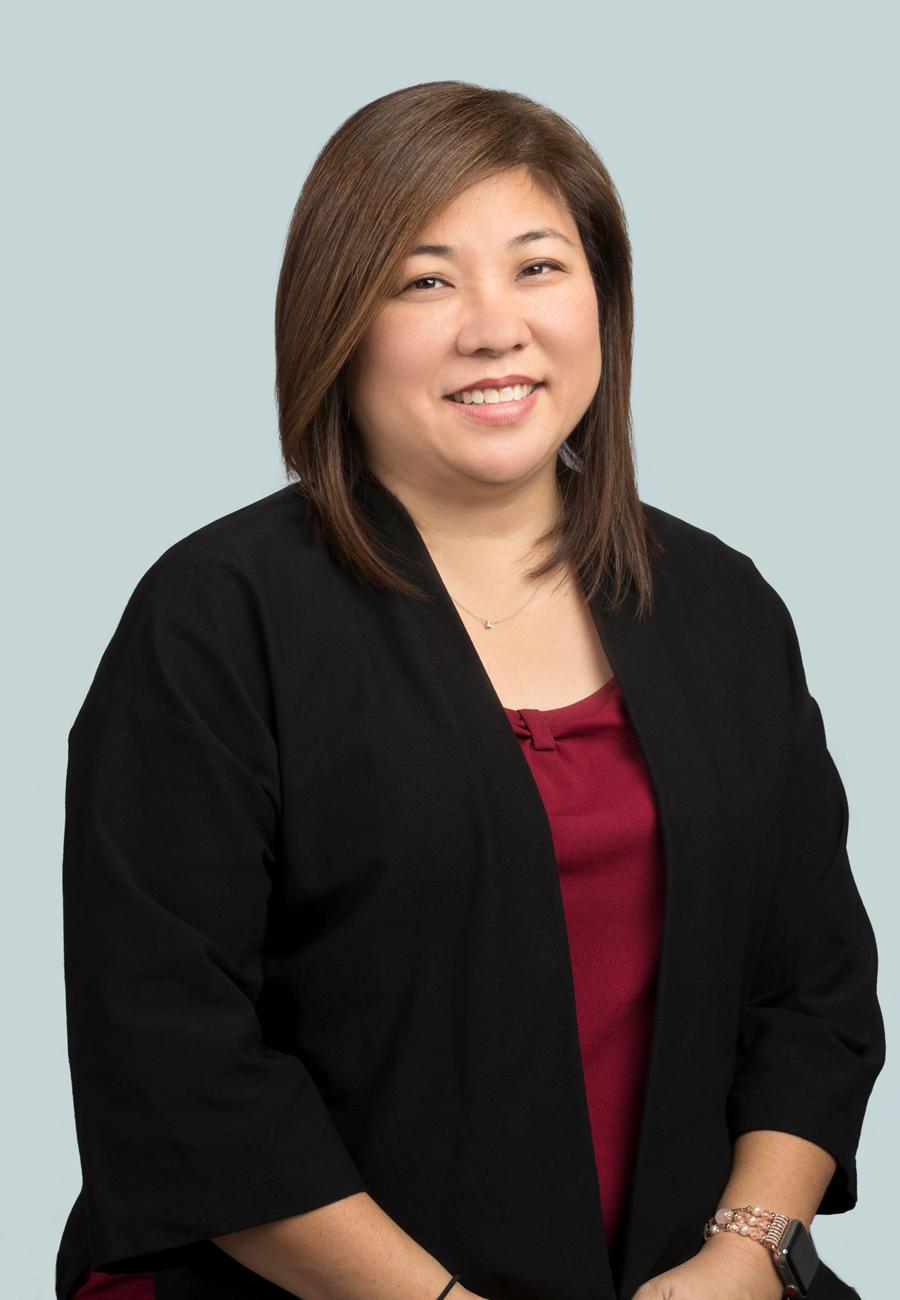 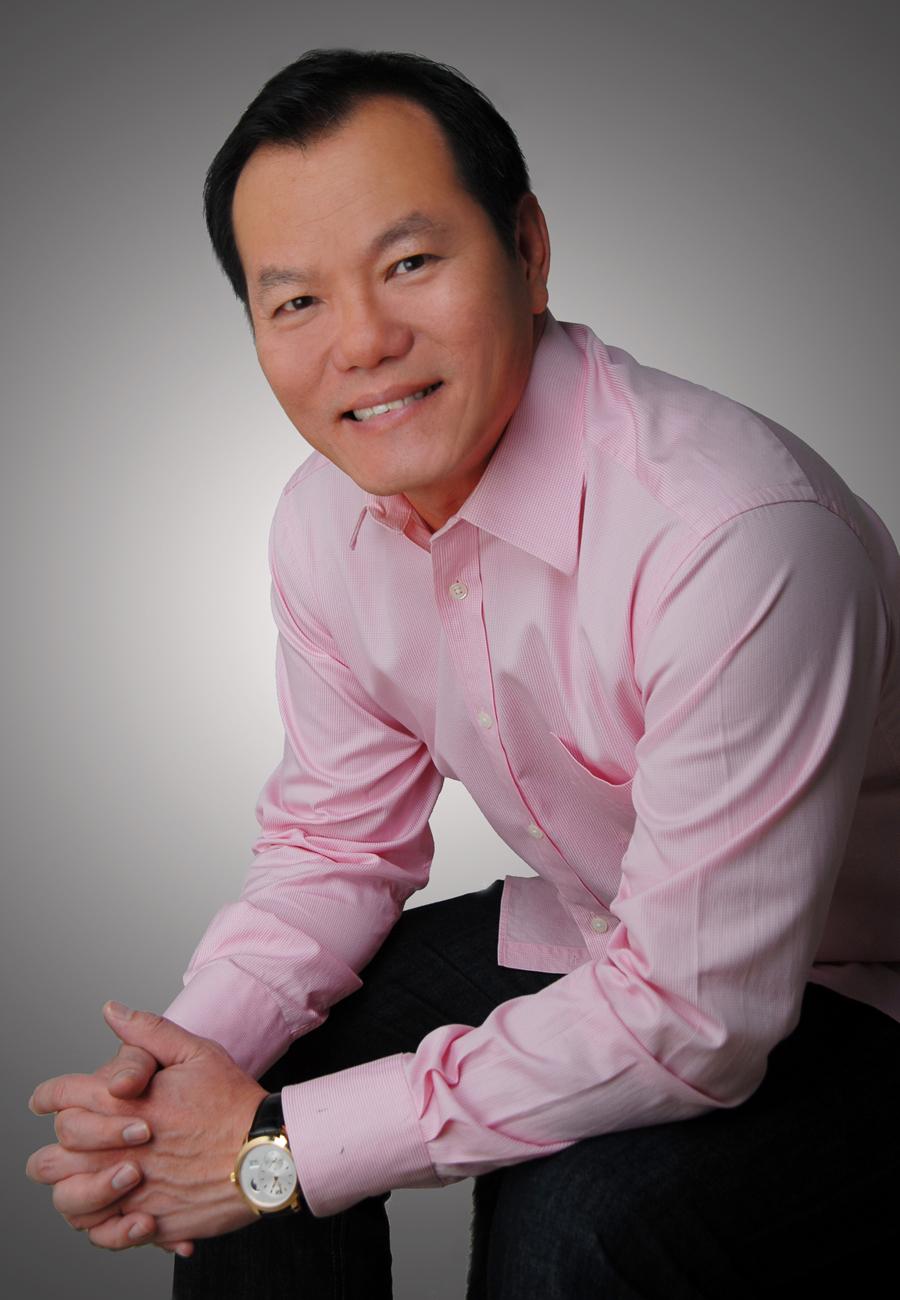 The University of Hawaiʻi at Mānoa’s Shidler College of Business celebrated four distinguished business leaders and alumni at its 2021 Hall of Honor Awards held virtually on Thursday, October 7. The new inductees join Jay H. Shidler, founder and managing partner of The Shidler Group (2006 and 2015 Visionary Award Recipient); Eddie Flores, Jr., founder of L&L Drive-Inn (2005); and more than 100 others in the Hall of Honor. The honorees were selected based on their demonstration of business excellence in their professions, contributions to their community and dedication to the Shidler college.

“During this difficult time when we can’t gather physically, it is uplifting to see so many business leaders, alumni, family and friends come together virtually to celebrate these four exceptional alumni,” said Shidler college Dean Vance Roley. “The honorees not only serve as stellar role models for our students, but they are also a testament to the world-class education we pride ourselves in.”

The 2021 Hall of Honor Awards raised approximately $294,500 and is the largest fundraiser held in partnership with the Shidler College of Business Alumni Association. The funds raised support student programs and scholarships, faculty research, alumni outreach and special programs. Shidler alumna and 2014 Hall of Honor recipient, Gina Mangieri, emceed the event. Aulani, A Disney Resort & Spa and Bank of Hawaii served as contributing sponsors, and Pacific Business News was the event media sponsor.

More about the Shidler College of Business

The Shidler College of Business at the University of Hawai‘i at Mānoa was established in 1949 as the College of Business Administration and named in 2006 after alumnus Jay H. Shidler, founder and managing partner of The Shidler Group. The Shidler College of Business is renowned for its expertise in international management education and is consistently ranked among the nation's top business schools for international business by U.S. News & World Report. Long recognized for its Asia Pacific focus, the college offers a wide variety of degree, certificate and executive programs. The college offers the only graduate program in the state of Hawai‘i and Vietnam accredited by AACSB International. www.shidler.hawaii.edu.

Menor-McNamara was appointed president and chief executive officer of the Chamber of Commerce Hawaii in 2013. Under her leadership, the chamber won the 2018 Association of Chamber of Commerce State Chamber of the Year, and in 2019, two national Council of State Chambers awards. Menor-McNamara is the youngest and first female president and CEO in the organization’s 172-year history, as well as the first Asian to lead a state Chamber of Commerce in the nation. She has received many career achievements and accolades over her career, including graduating from the Omidyar Fellows Leadership Program in 2016; representing the U.S. in the Korea Foundation’s Program for Distinguished Individuals in Economy in 2015; recognition as a “Top 10 People to Watch” by Pacific Business News in 2014; and being inducted as a laureate into the 2014 Class of the Junior Achievement of Hawaii Hall of Fame.

Mills is the vice president, hotel operations for Disneyland Resort and Aulani, a Disney Resort & Spa. In his role, he oversees all operations for the Disneyland Hotel, Disney’s Paradise Pier Hotel and Disney’s Grand Californian Hotel & Spa in Anaheim, California, as well as Aulani, a Disney Resort & Spa, in Ko Olina. Mills is a true pillar in the Hawai‘i travel industry, having worked in resort management for more than 25 years. He began his career at Disney in 2010 as an integral leader in the opening of Aulani Resort, helping to develop the culture and values in which Aulani Resort’s cast members thrive. The resort flourished under his steadfast leadership, receiving several prestigious industry awards including the Travel + Leisure 2017 World’s Best Hotels and Resorts for Families and Conde Nast Traveler 2017 Readers’ Choice award for Top Resorts in Hawai‘i. Mills gives back to the Hawai‘i community through service as a board member for Hawai‘i Pacific Health, HMSA, Hawaii Visitors and Convention Bureau and Hawai‘i Community Foundation. In 2017, he was appointed to the board of trustees for Kamehameha Schools.

Okinaka was appointed executive vice president and chief financial officer for Hawaiian Airlines in May 2015. Previous to her current role, she served as senior vice president and interim chief financial officer since January 2015. Okinaka joined the company as senior director in charge of Sarbanes-Oxley compliance and special projects before being promoted to vice president–controller in 2011. Prior to joining Hawaiian Airlines, she worked for Hawaiian Electric Co. and Coopers & Lybrand/PricewaterhouseCoopers. Okinaka gives back to the community through service on the board of directors for the Honolulu Japanese Chamber of Commerce and Island Insurance Company. She is also an appointee to the State of Hawai‘i Workforce Development Council.

Wong is the CEO and founder of Creative Eateries in Singapore. To date, he has created 17 different restaurant concepts and two catering arms in Singapore, Malaysia and the Philippines. With 36 years of experience under his sleeves, Wong is a prominent player in Singapore’s food and beverage scene. He recently celebrated the opening of his newest eatery, Barossa Bar & Grill and was the recipient of the 2021 Angliss Singapore Restaurateur of the Year by the World Gourmet Summit. His community service work includes Crossing Café, an initiative he co-founded that aims to provide restaurant employment for socially marginalized individuals, serving as president of the Catholic Business Network, serving on the board for the Restaurant Association of Singapore for two terms and serving as a member of the SAFRA board of governors.